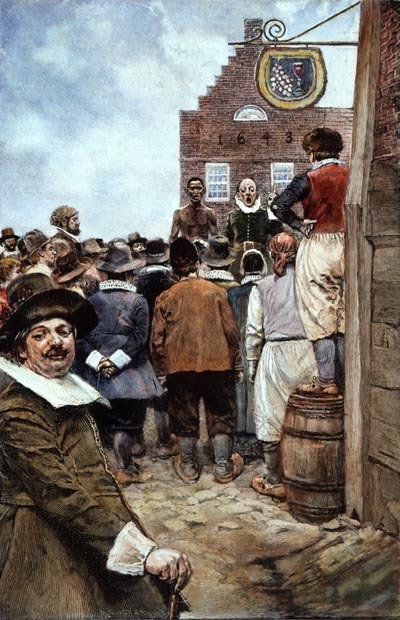 Painting depicting a scene at a slave market sale in New York during the Dutch period.

Although not as official or established as the British their future Slave Market on Wall Street, there is a point to be made that the Dutch participated in the slave trade and used New York City as an official trading post. Enslaved Africans brought to New York by the Dutch had certain freedoms allowed to them compared to later on British legislation, but they were still enslaved, transported to New York, and continued to pay the West India Company against their will. 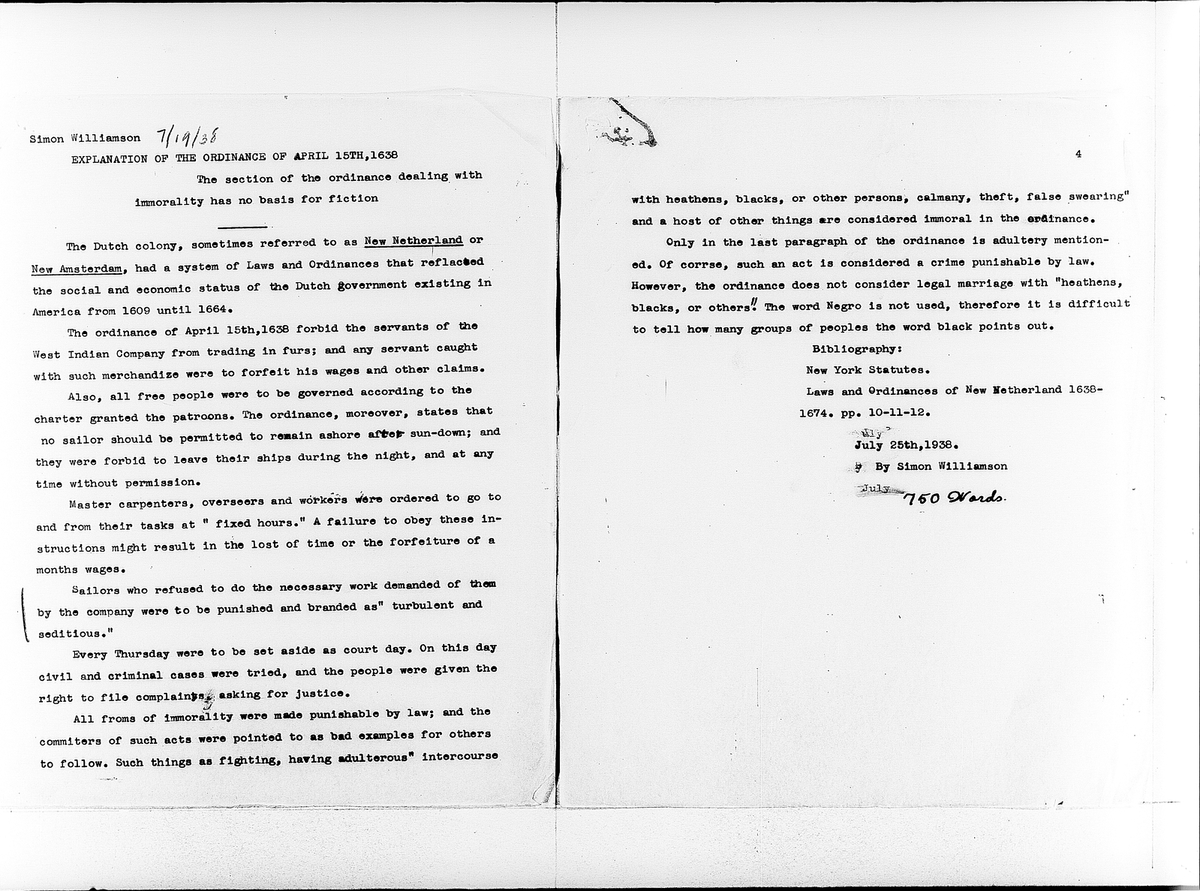 The 1638 law on the prohibitions of West India Company slaves and the definitions of immorality in Dutch law. 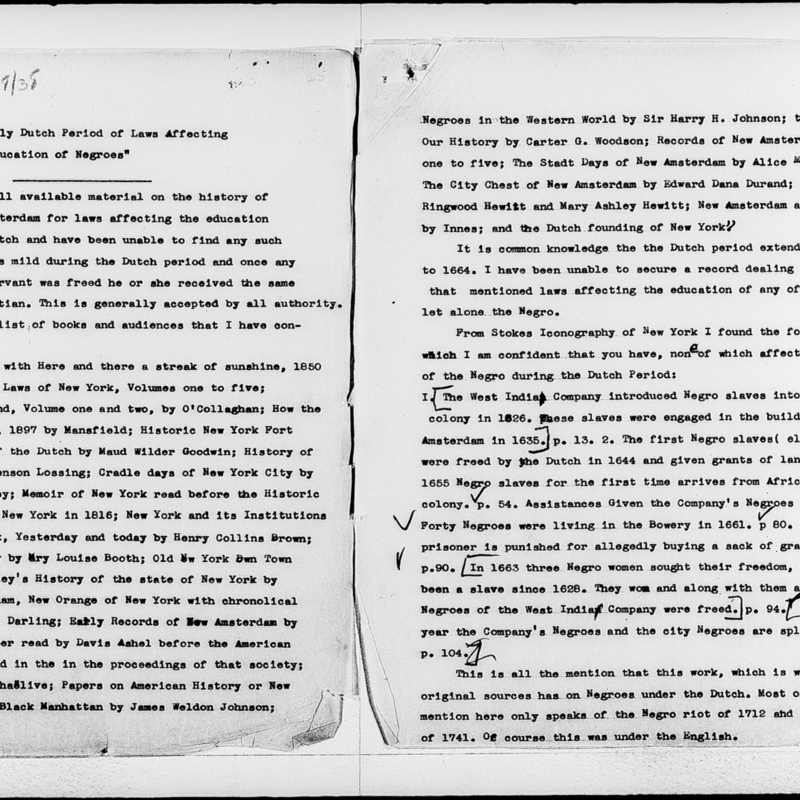 Research on the arrival and treatment of enslaved Africans during the Dutch period. 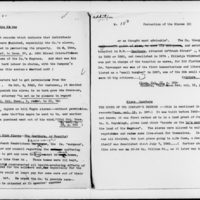 There were initially eleven enslaved Africans that were from captured Iberian ships that were brought to New Amsterdam as company slaves that worked on the construction of Fort Amsterdam for the Dutch and did various work around the colony. After they were brought to New Amsterdam, there were laws that prohibited them from trading for personal economic gain but still created legal protection of West India Company slaves, in reference to them being "company property." The enslaved Africans were later granted Dutch "half-freedom" in 1644, in which grants them plots of land to live and make profits off, but they still had to pay yearly taxes to the West India Company and when asked, be contracted to work for the company if they aren't hired by another employer at the moment. 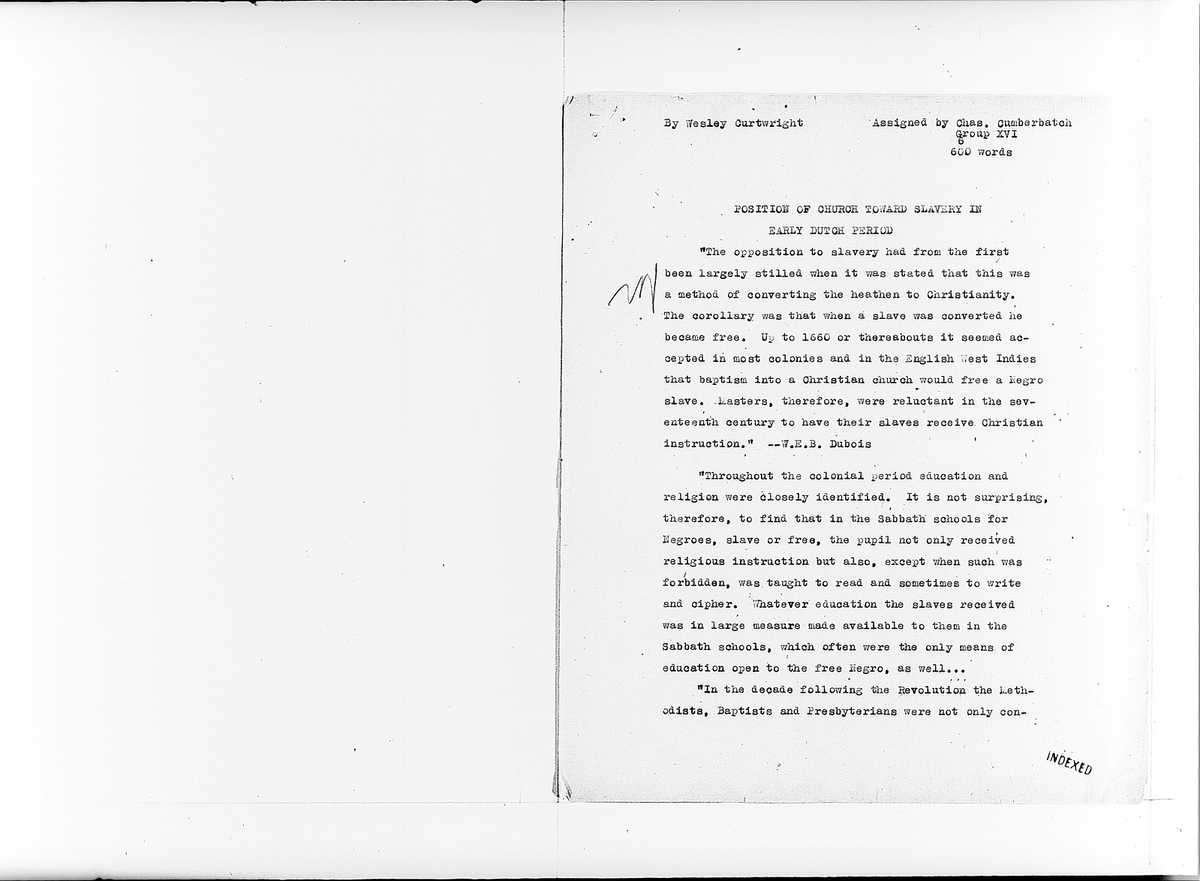 Part 1 of the source item "The Dutch Church of early 17th century New Amsterdam and its stance on Black New Yorkers becoming Christiains." 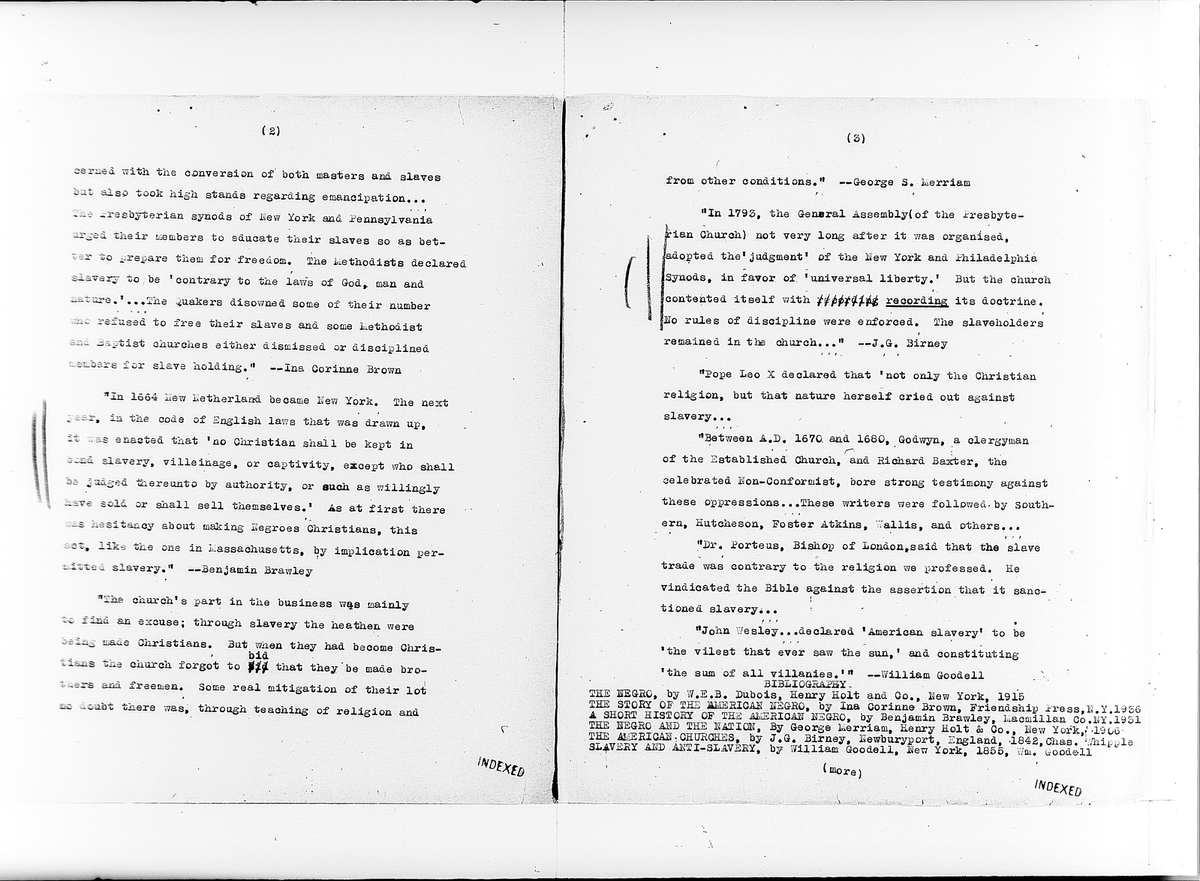 Part 2 of the source item "The Dutch Church of early 17th century New Amsterdam and its stance on Black New Yorkers becoming Christiains." 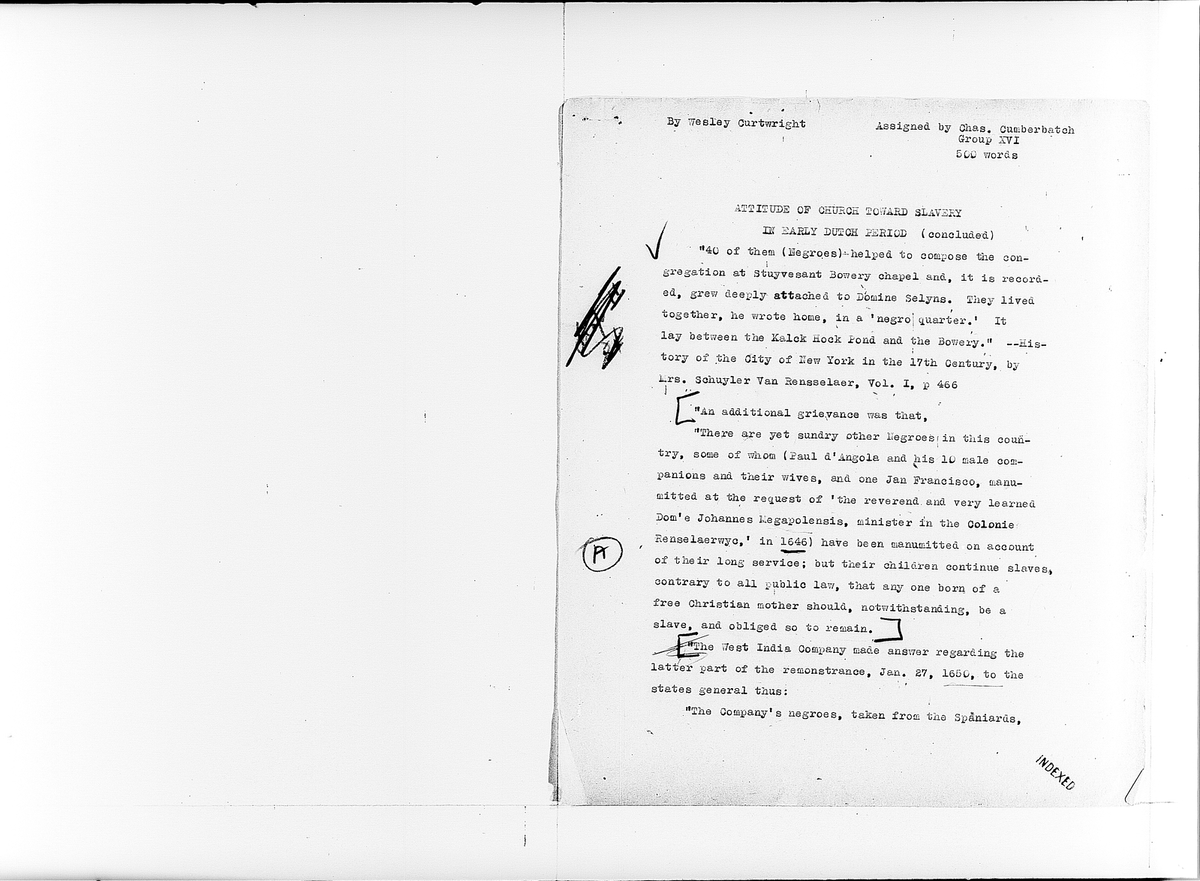 Part 3 of the source item "The Dutch Church of early 17th century New Amsterdam and its stance on Black New Yorkers becoming Christiains."

The West India Company's involvement in the African slave trade in New Amsterdam clashed with the Dutch Church in the aspect of morality and education. The document states "Throughout the colonial period education and religion were closely identified. It is not surprising, therefore, to find that in the Sabbath schools for Negroes, slave or free, the pupil not only recieved religious instruction, but also, except when such is forbidden, was taught to read and sometimes to write and cipher."