The New York Slave Market was said to open in 1709 because of the further northern expansion of the city from the original borders of the New Amsterdam colony, and the aggressive increase of the British-controlled slave trade using New York as one of the major economic and trade posts of the global African Slave Trade. In a growing city landscape with changing street names, I believe it was more strategic to establish the market at the foot of Wall Street facing the East River because it was a place that was already known of in the larger settlement as a center of trade and commerce. Wall Street was also home to the banks and financers of the slave trade, and it was a post that was a port directly on the East River, which made it easier for merchant ships in the slave trade to unload, transport, and buy enslaved Africans. 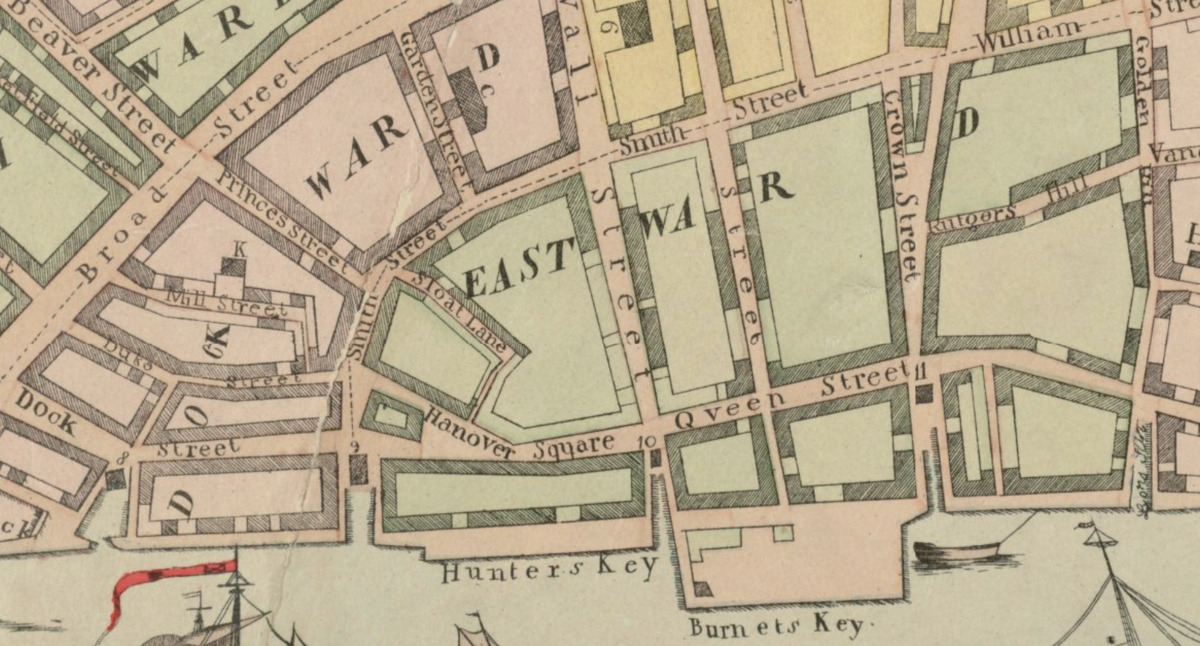 1902 illustration of the New York Slave Market at the foot of Wall Street.

Because there has been questions on the existance of the slave market in British controlled New York, the 1902 illustration of the possible depiction of the Slave Market gives clues to its geographic location in the colony which is inferred to in the Bradford map. Consistently referred to being located at the foot of Wall Street towards the East River, the illustration show the market being on the river with an open entrance. This supports the idea of the market being built like a dock that ships carrying enslaved peoples were able to sail right up to the market and unload people and merchant goods directly into the market. The close up of the 1730 Bradford Plan also zooms in on this eastern end of Wall Street where, closest to the water, depicts open, dock-like areas called Burnets Key and Hunters Key, open areas that could have been where the slave market structure was located. 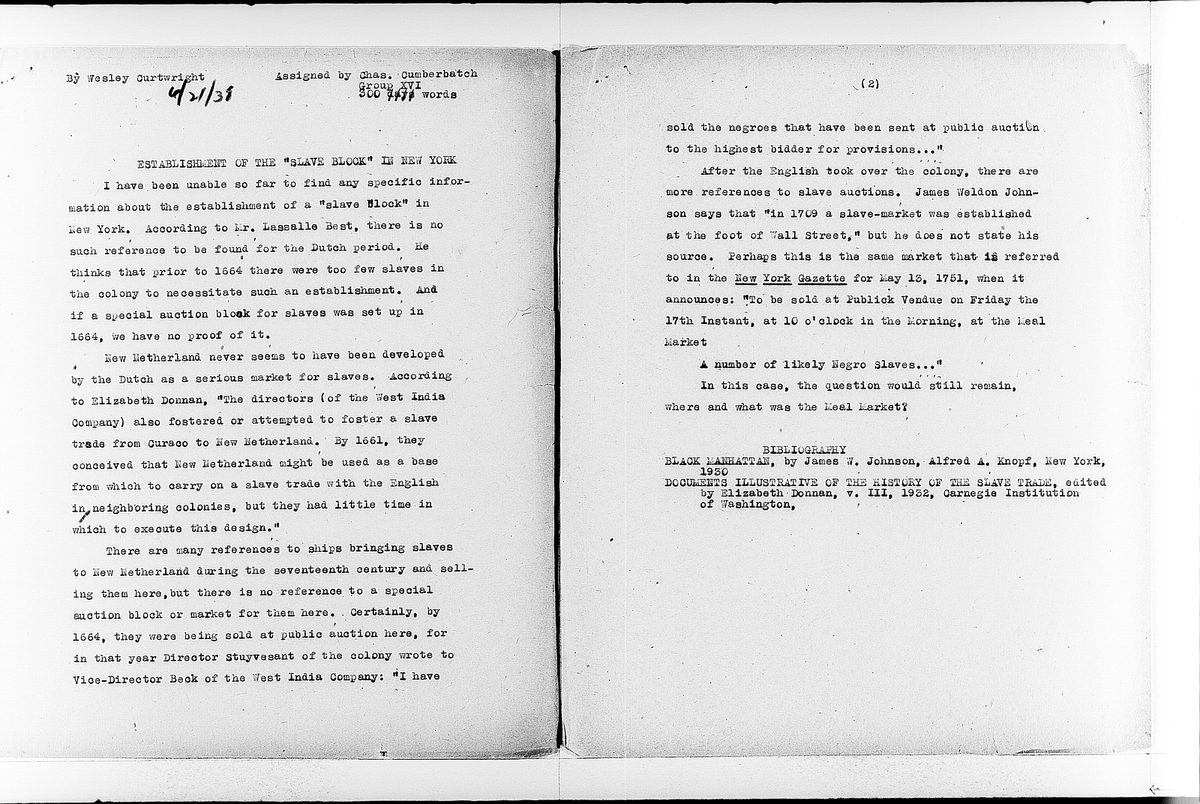 References to an increased amount of slave auctions and the establishment of a Slave Market at the foot of Wall Street.

On the first page of the document, it states "New Netherland never seems to have been developed by the Dutch as a serious market for slaves...there are many references to ships bringing slaves to New Netherland, but there is no reference to a special auction block or market for them here." The second page makes reference to the time period under British control stating "In 1709 a slave market was established at the foot of Wall Street." 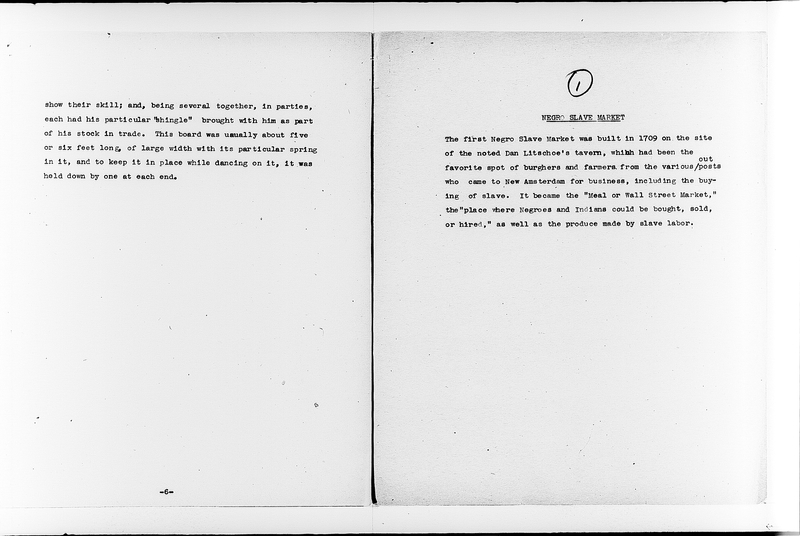 Page 4 from the entire "Slave Trade and the Broadway Market" source item.

Page 5 from the entire "Slave Trade and the Broadwat Market" source item.

Page 4 of the "Slave Trade and the Broadway Market" item also supports the above document "Inquiries on a Possible Dutch Period Slave Market" in the idea of the slave market having been established at the foot of Wall Street in 1709, a place that was already a popular meeting spot in New Amsterdam for farmers and merchants from all over the larger settlement to gather for economic reasons, like buying enslaved people. Page 5 also mentions the slave market but goes more in depth about the fear of black enslaved people felt by the white colonists, and directly names the New York Slave Revolt of 1712 and the 1741 New York Conspiracy plot.